If there ever was a Maker's holiday, it'd be Halloween. It's the one holiday where making something is preferred over buying from the store. There's also a wealth of items that can be made, from costumes to decorations and even candies.

As a family, we try to make one new thing each Halloween. Something we can re-use year to year. In 2014, we wanted to add some atmosphere and smoke sounded fun. The making of smoke is a solved problem, and most easily done by buying a smoke machine on Amazon. The problem is that the smoke (or fog if you want to call it that) goes everywhere. It looked more like a 1st Alarm fire and I expected the fire department to show up any moment the first time I tried it. A little googling and I was able to learn that this was a solvable problem but expensive. Makers to the rescue! 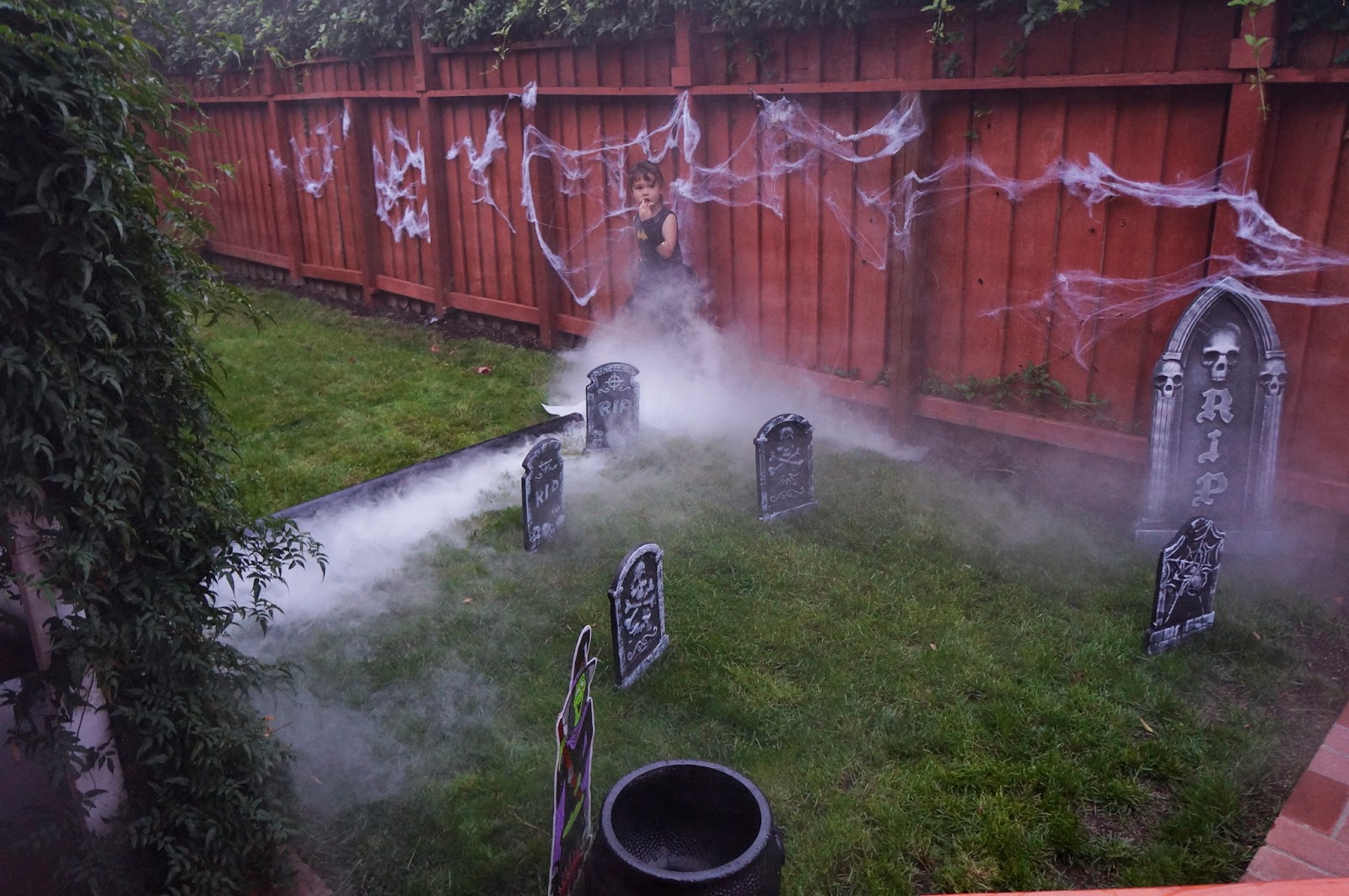 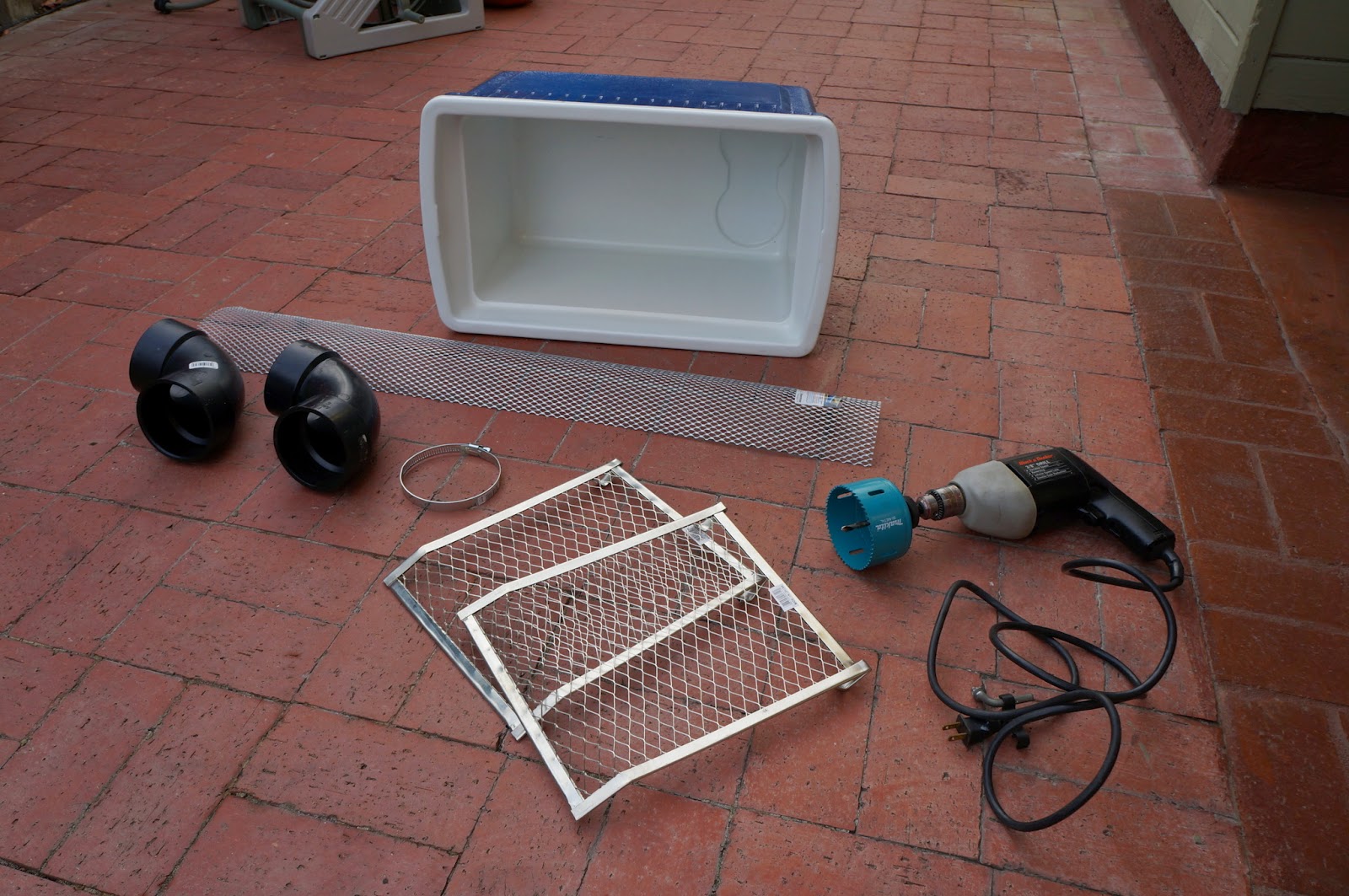 Luckily the basic idea of thickening smoke is well documented, and the basic idea is to make it cold. Duh. Passing the fog over ice (or dry ice if you're being fancy) is the simplest solution. I'm not sure I'm being economical or efficient or just plain cheap, but it made sense to use what I had around, and in this case I had a cooler from an old roommate. Here are the materials I used:


The plan was to create a two holes and hope that the pressure from the smoke machine would push the smoke through the cooler. I hadn't actually made a hole this big before so I had to buy an Arbor and Hole Saw. This in the category of "things that are hard to google for until you know what it's called." 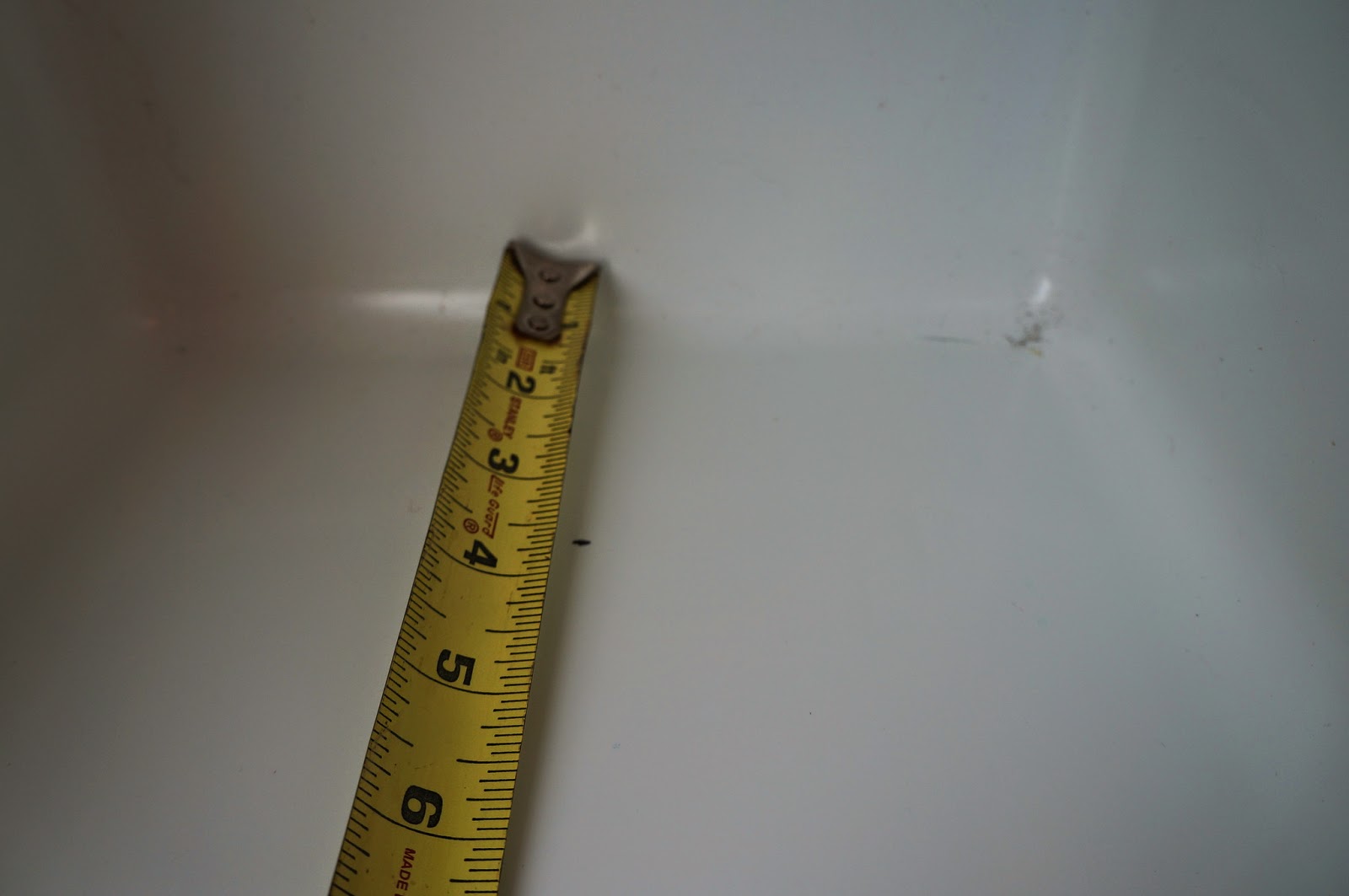 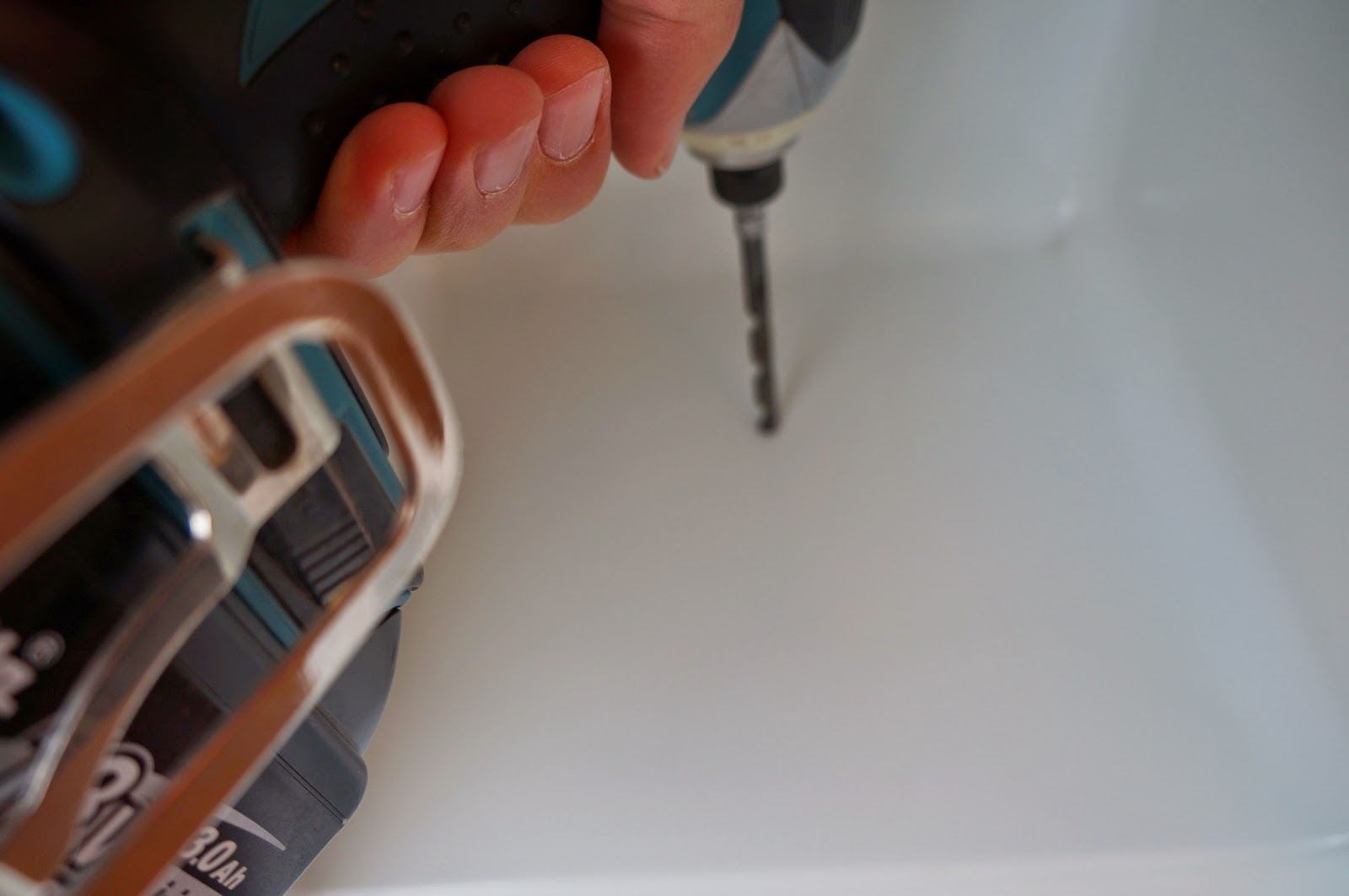 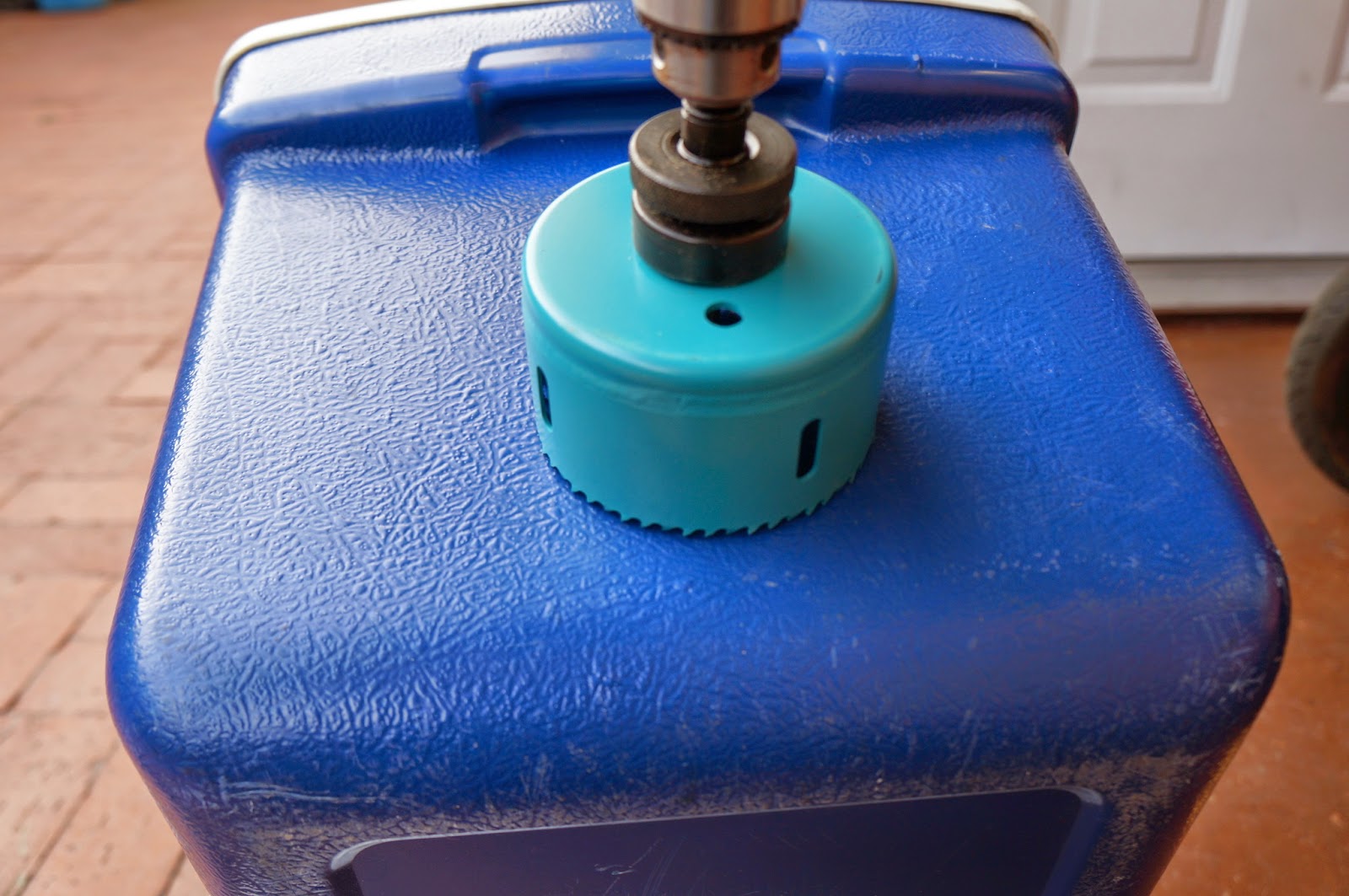 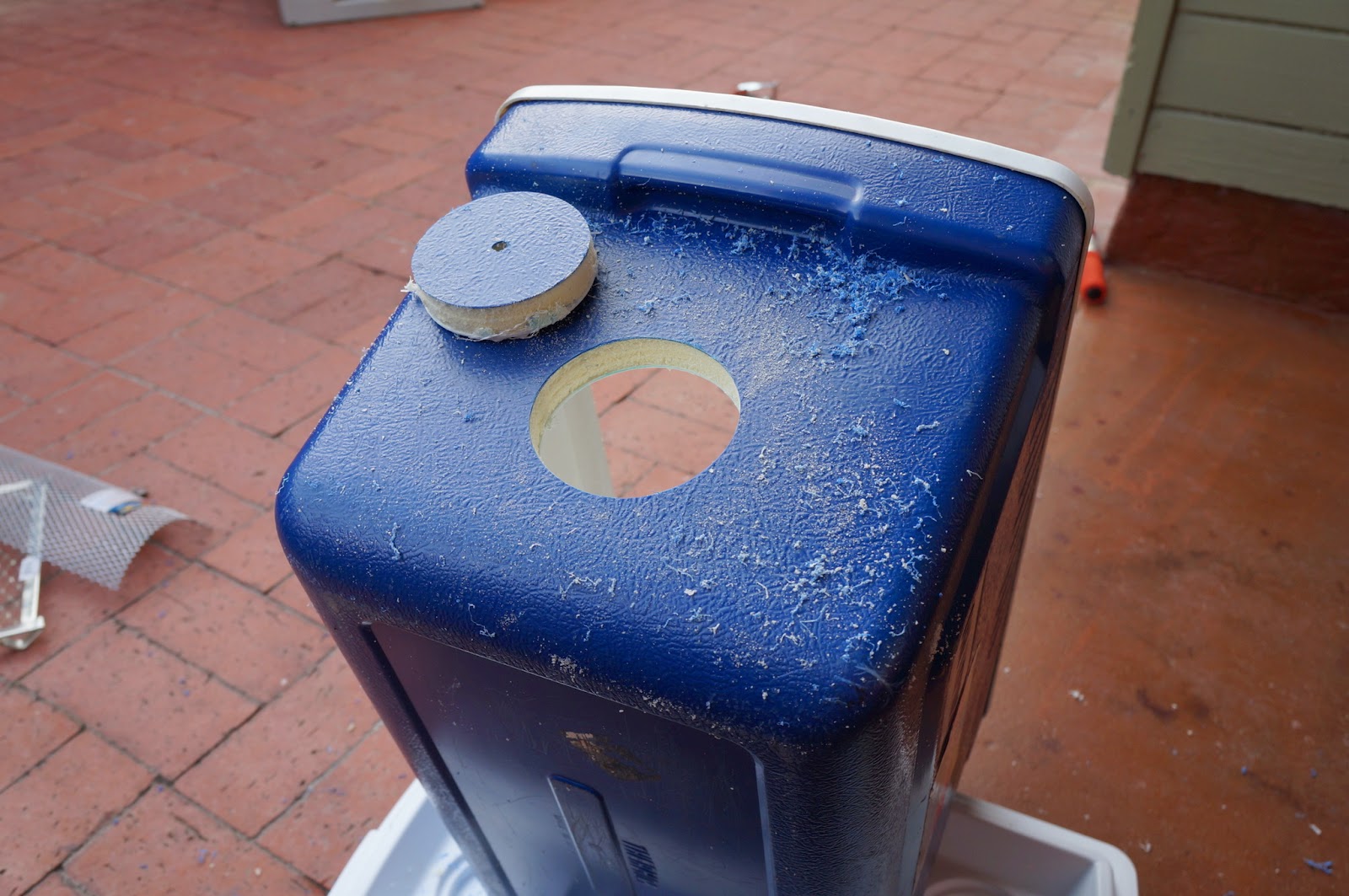 Another "known unknown" was what would happen as the ice settles. My worry was that the ice would move around and prevent the flow of smoke. I was pretty quick to think that I needed something to prop up the ice away from the inlets, but it wasn't obvious how I would do it until I roamed Home Depot for a little while. The answer was paint tray screens. They have plenty of air flow, are structurally reinforced and are cheap. Even better was that they were coincidentally exactly the same width of my cooler. To prevent them from slipping around and to make good contact, I had to bend them. Putting a board down where I wanted the bend produced really clean bends. 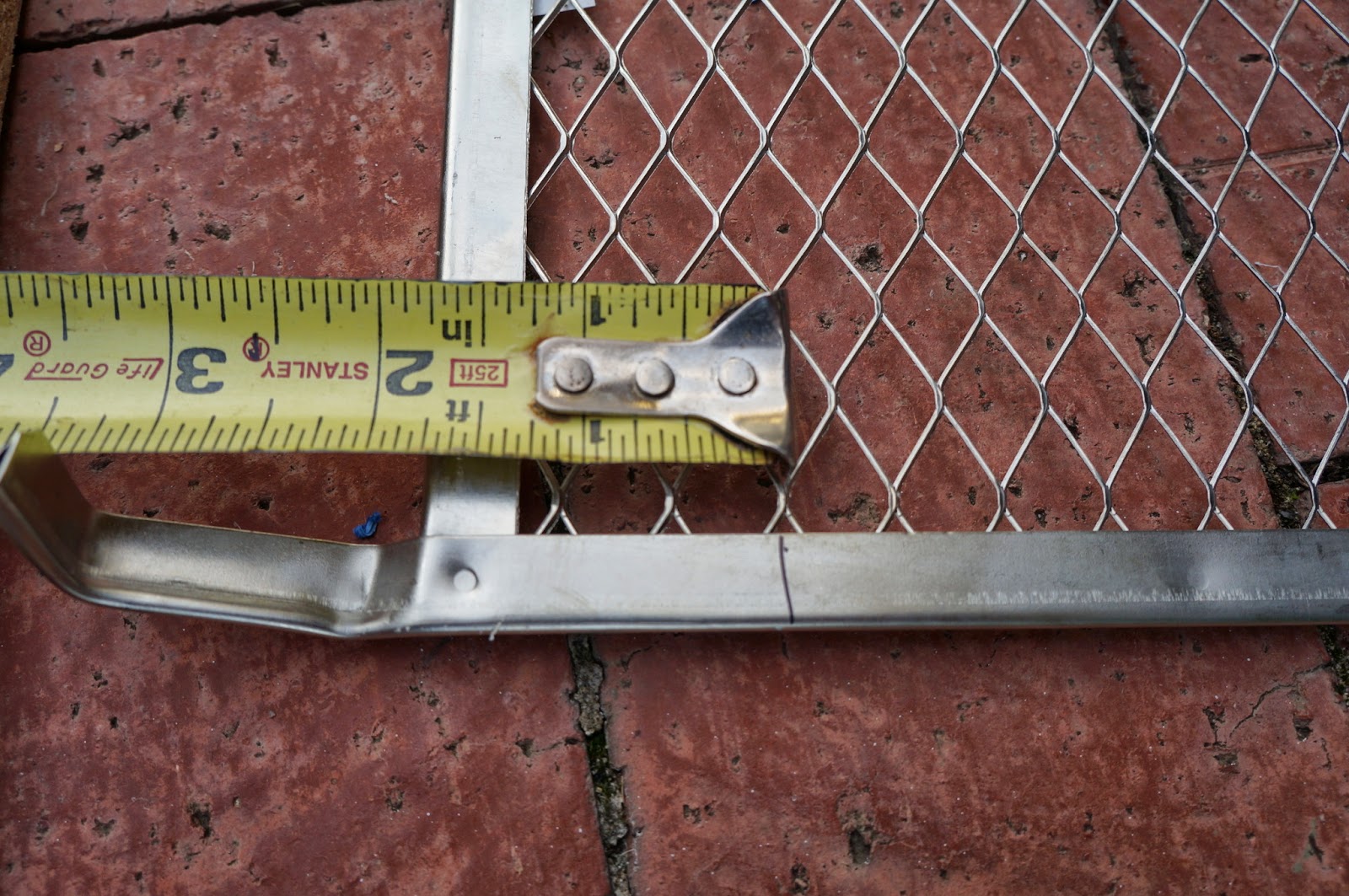 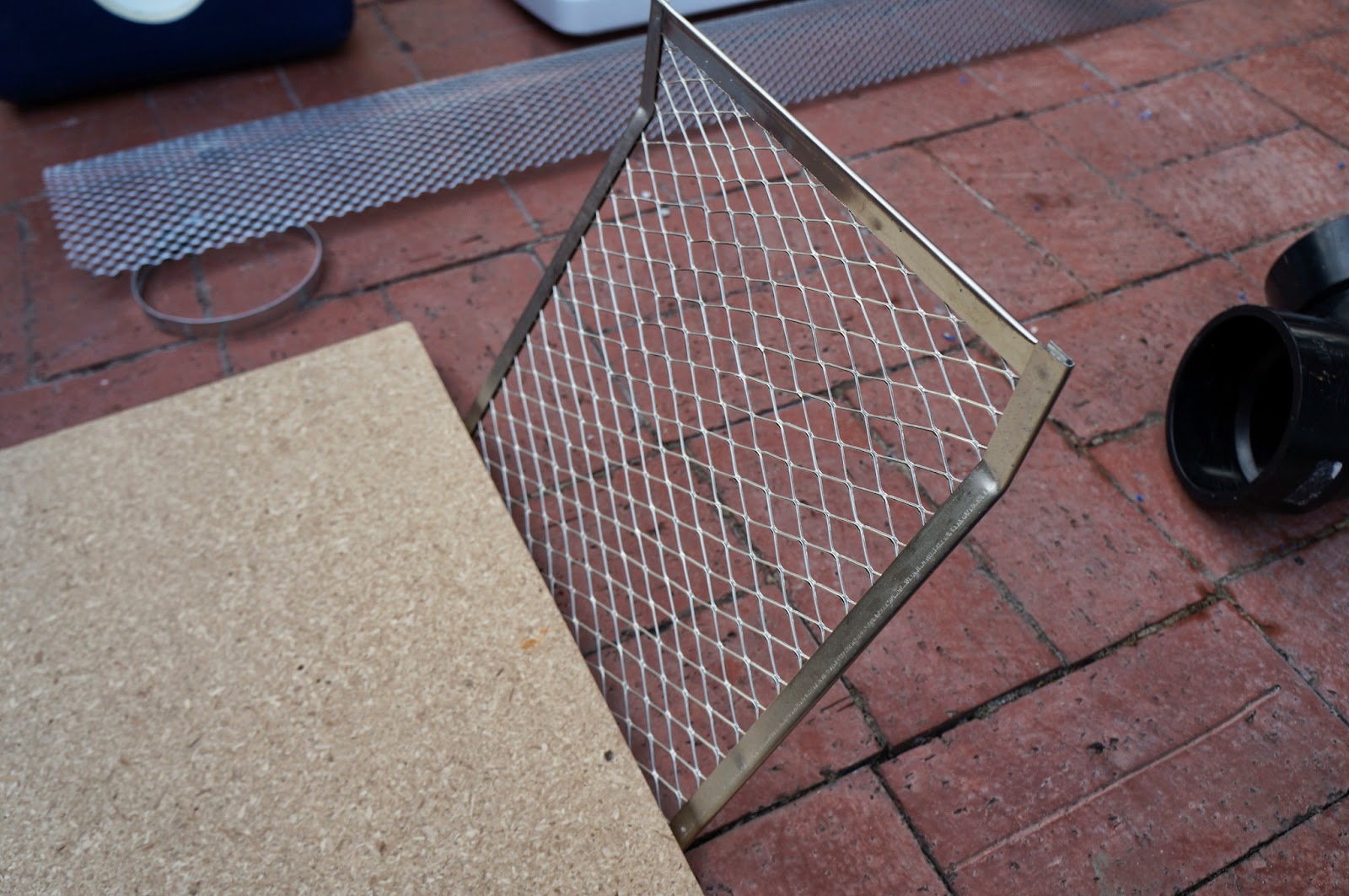 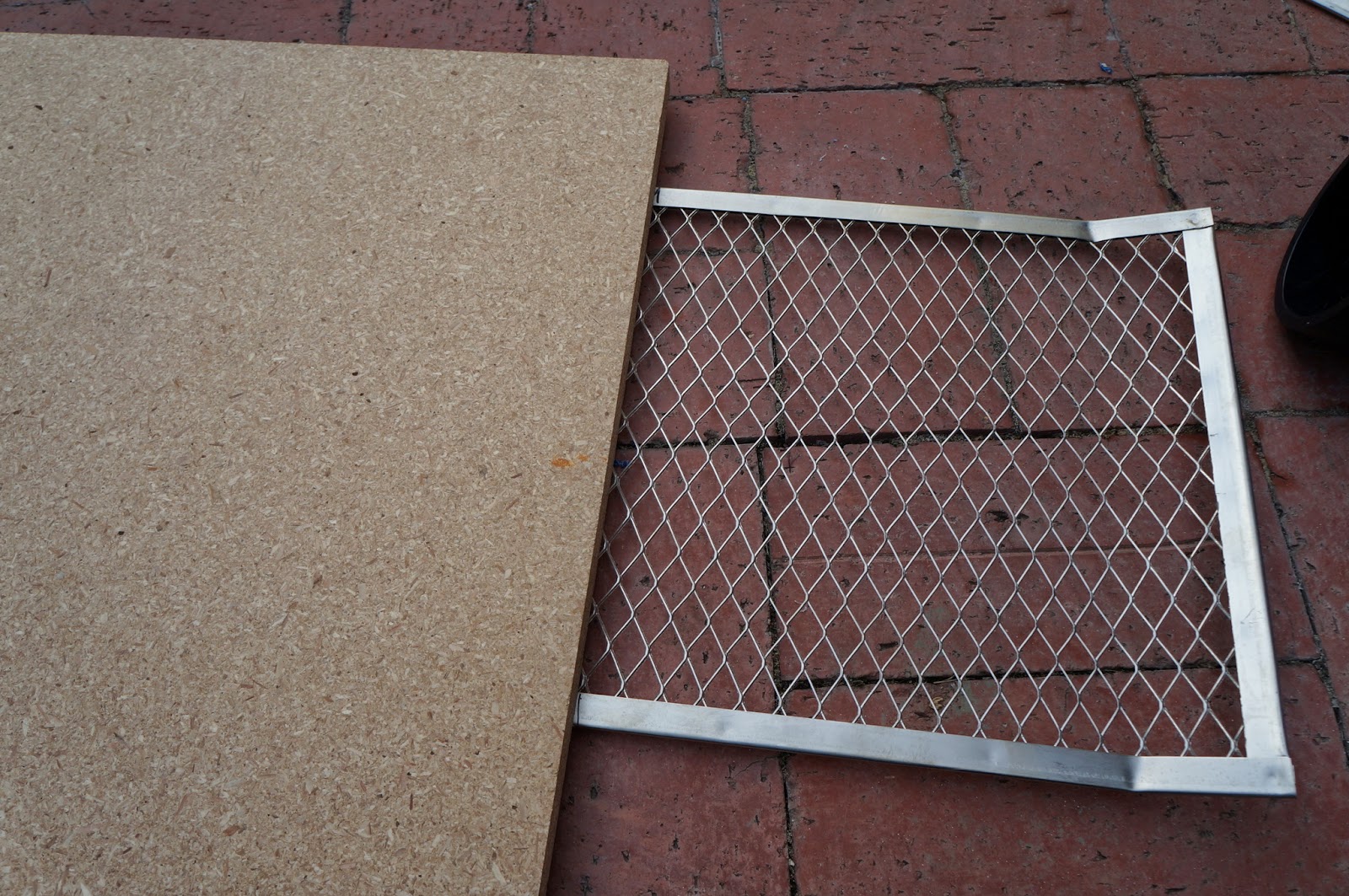 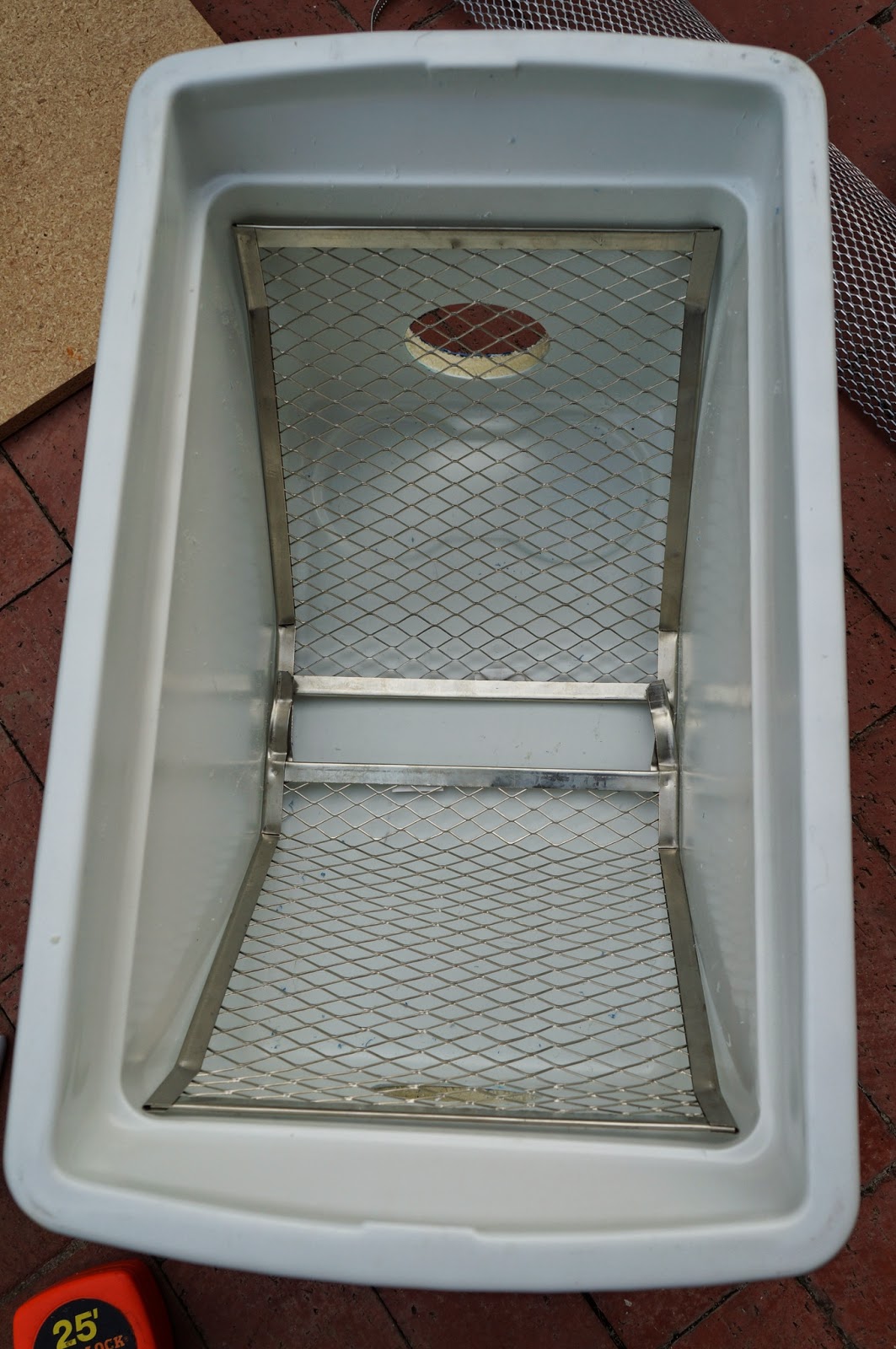 Clearly smoke is mean to take up a lot of volume, but I can't exactly use a foot wide tube. My compromise was to use standard 4" PVC tubing. One obscure blog hinted that for the smoke machine to work, it needed air near the nozzle. The idea of opening up the area around the nozzle was completely contrary to what I was trying to accomplish. I took a gamble and put some screening near the nozzle that I could constrict the airflow later if I had to. It can't actually guide the smoke, but luckily the smoke shot out with enough pressure that I never got back-pressure out this screening. 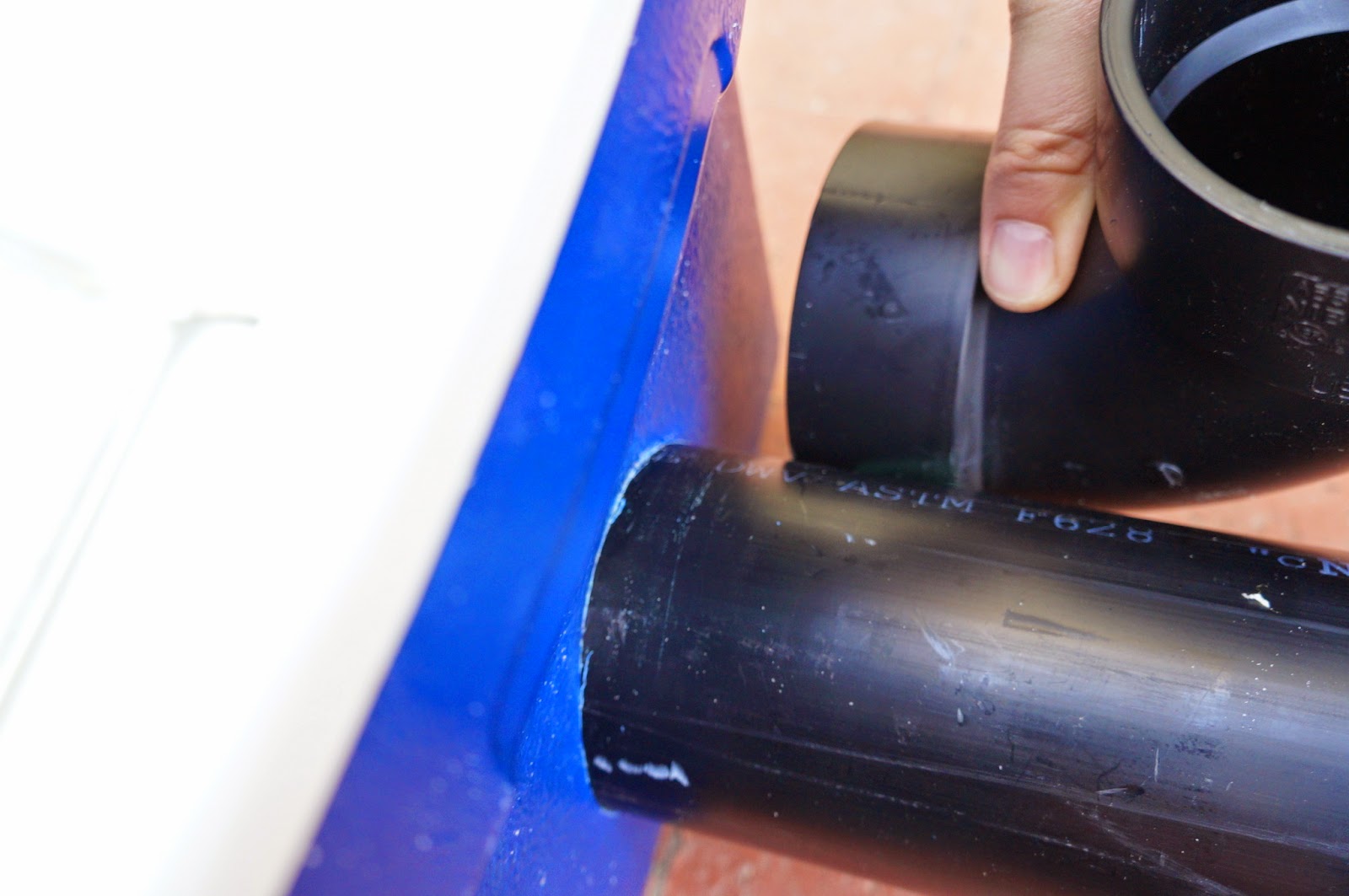 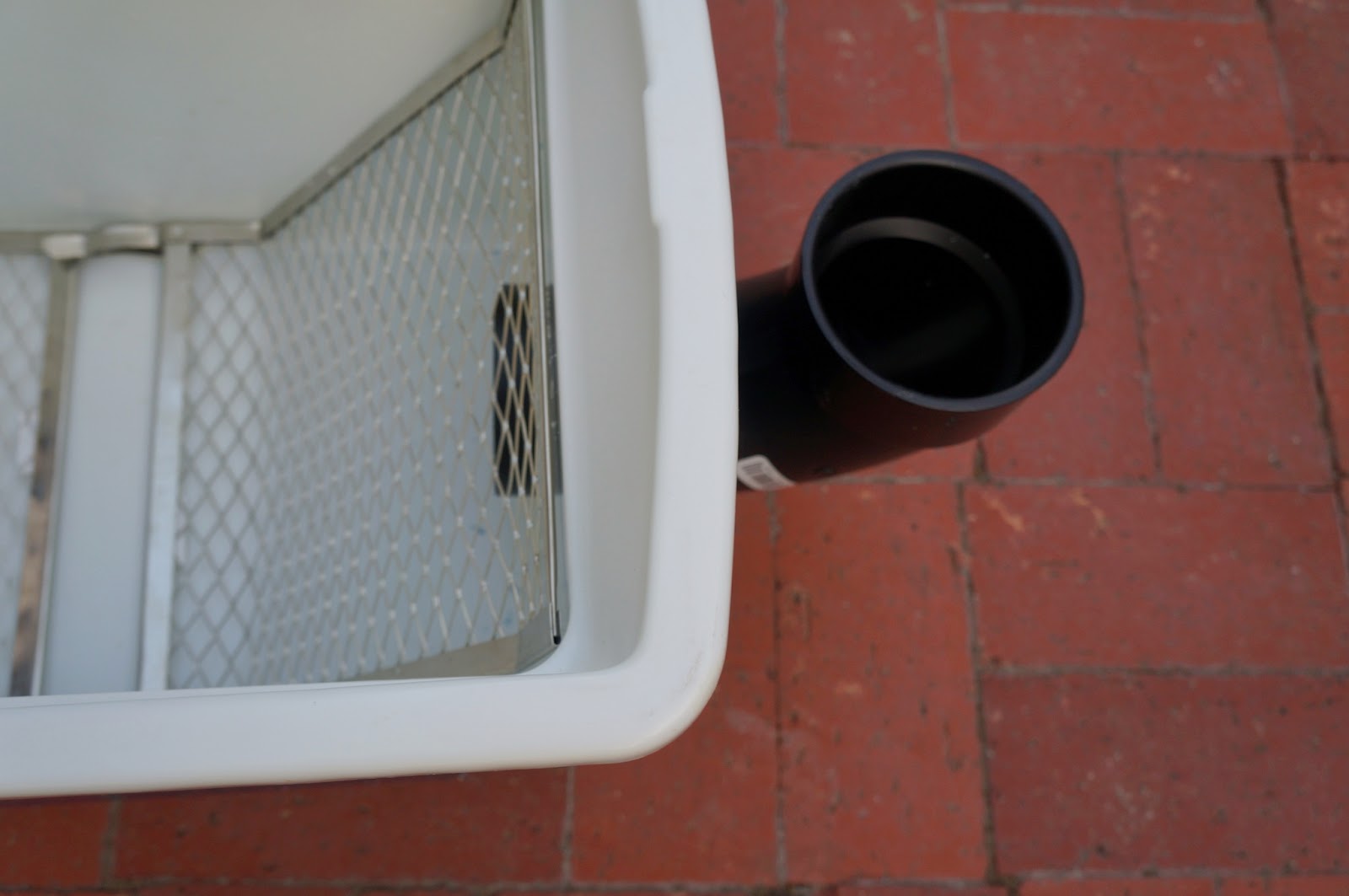 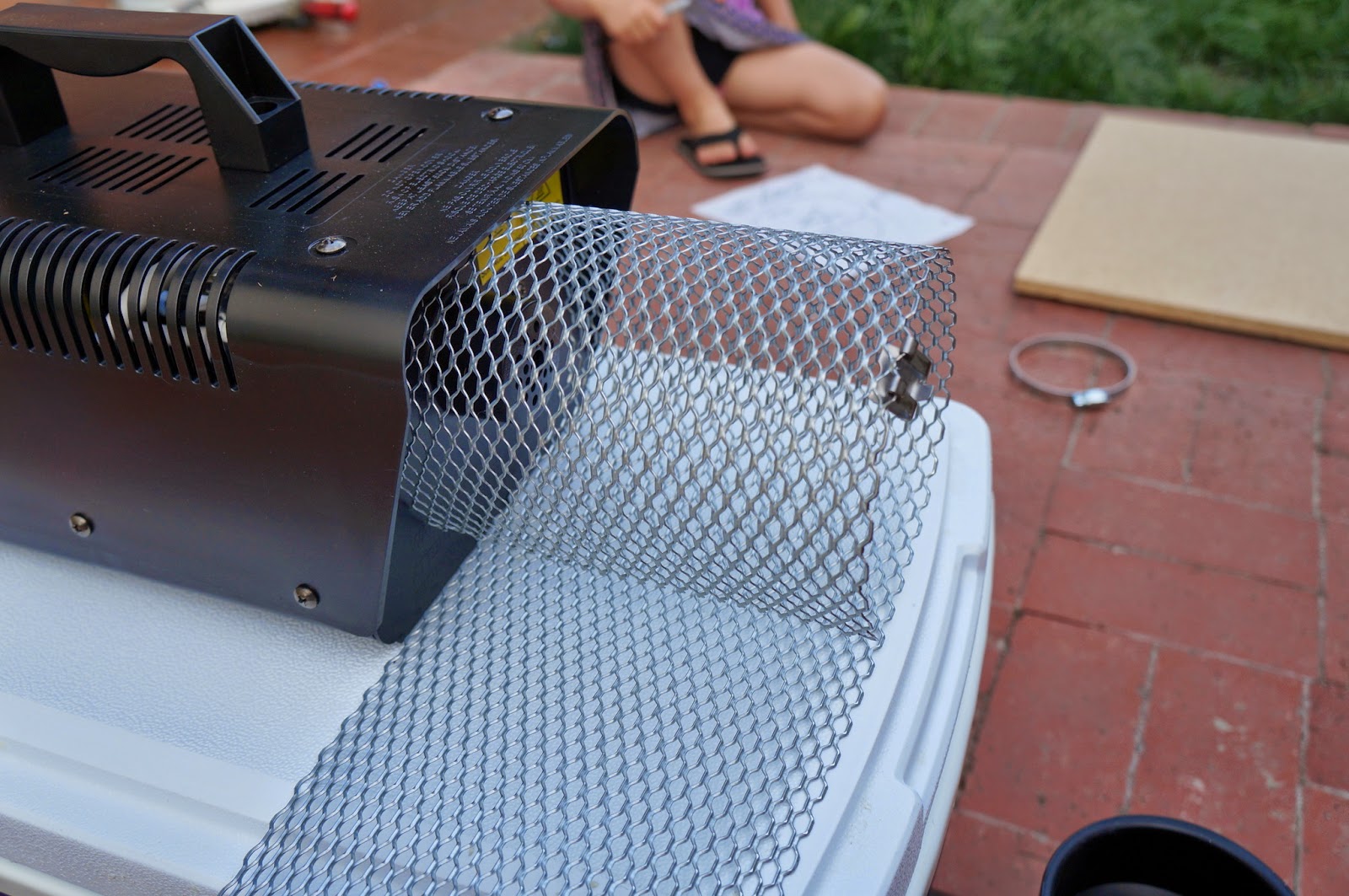 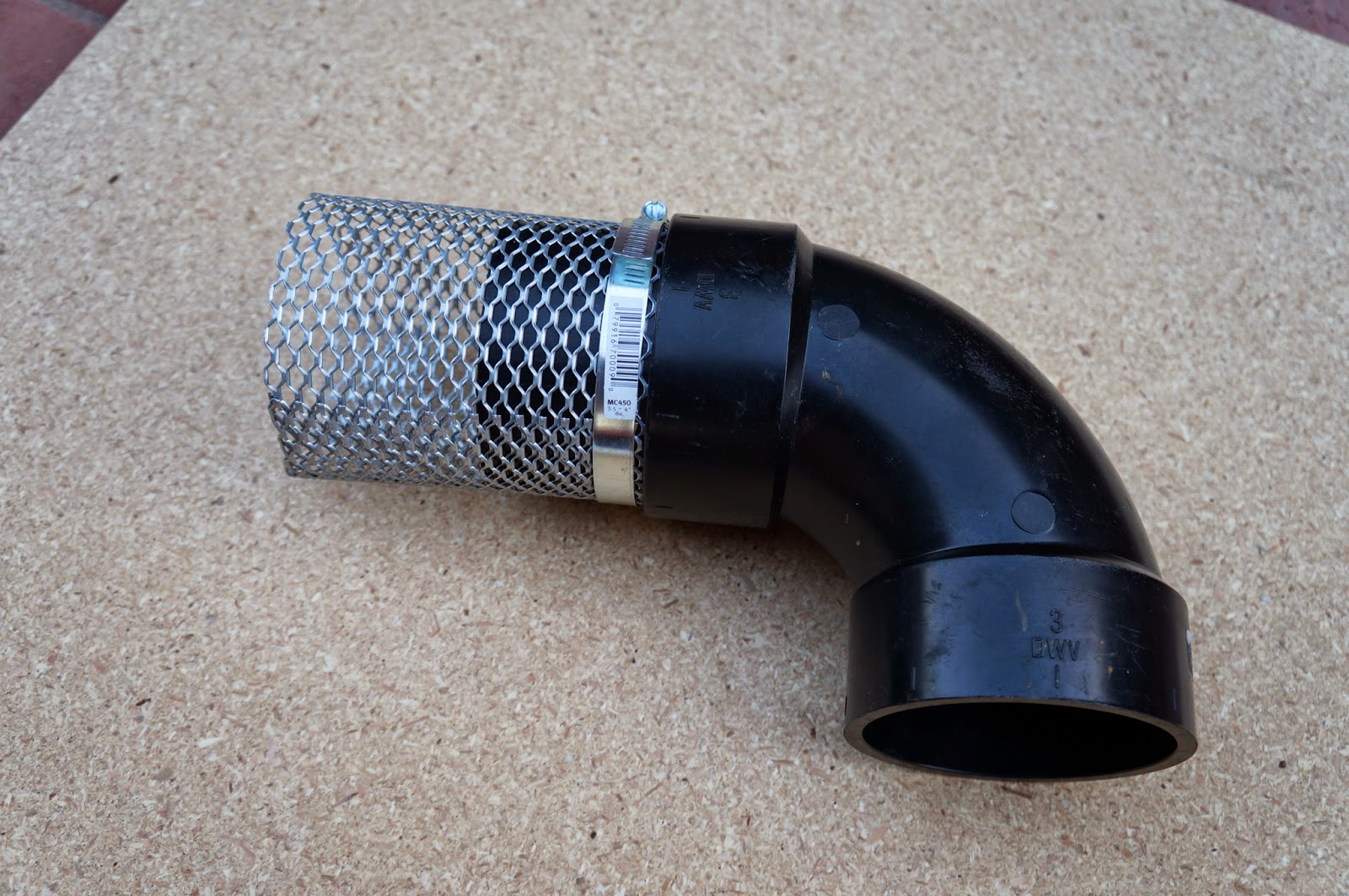 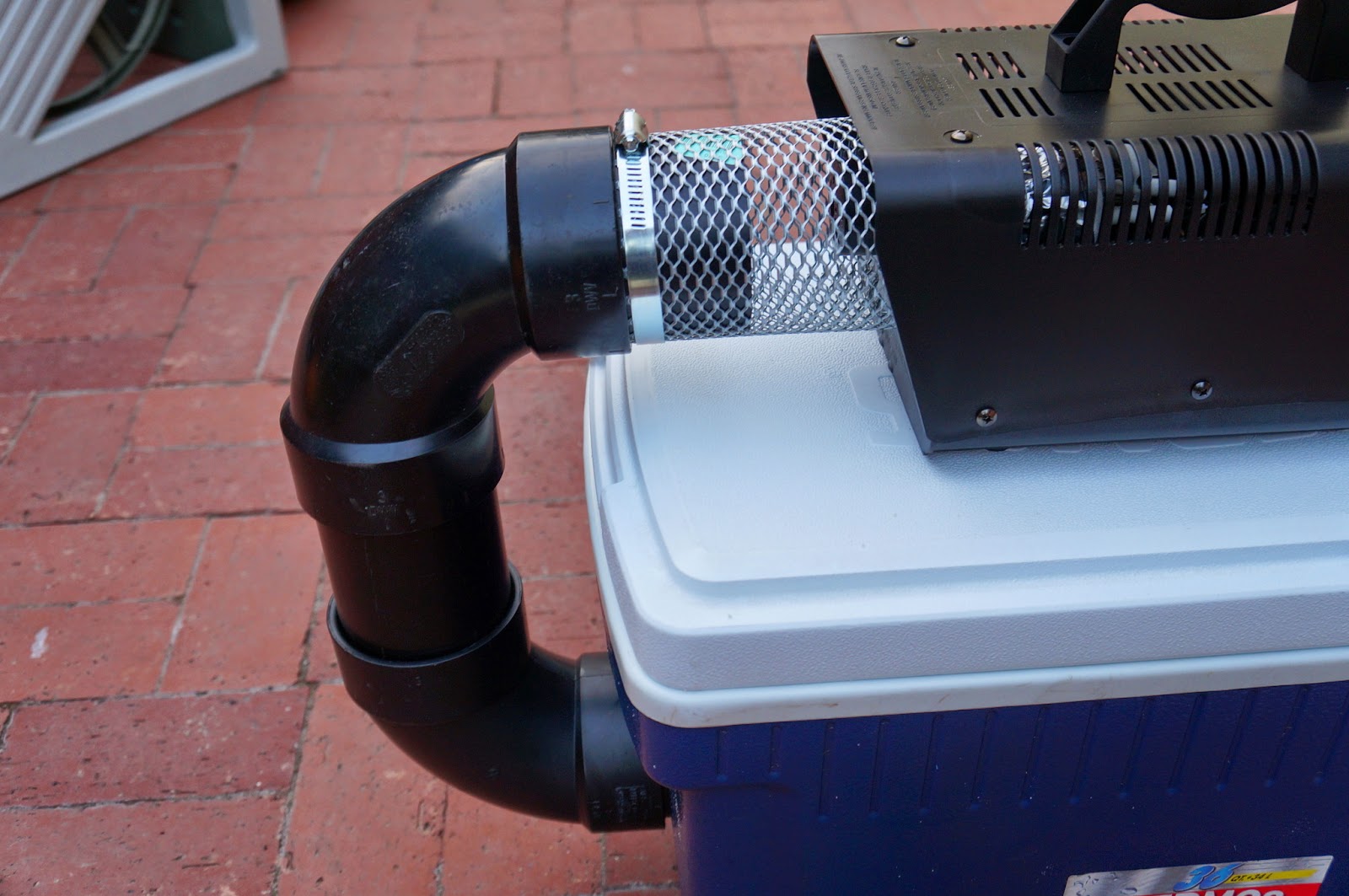 Everything came together really easily and I didn't use any PVC glue for the pipes or anything to attach the paint screens, it just all fit tightly. Though some smoke did leak out the lid of the cooler, but it was an acceptable amount. The smoke was definitely thicker and contained, but it was concentrated in a specific area. I did what anyone would do when they have 10 feet of 4" PVC tube laying around and a 4" Hole. With a few outlet holes, it distributed the smoke really well. 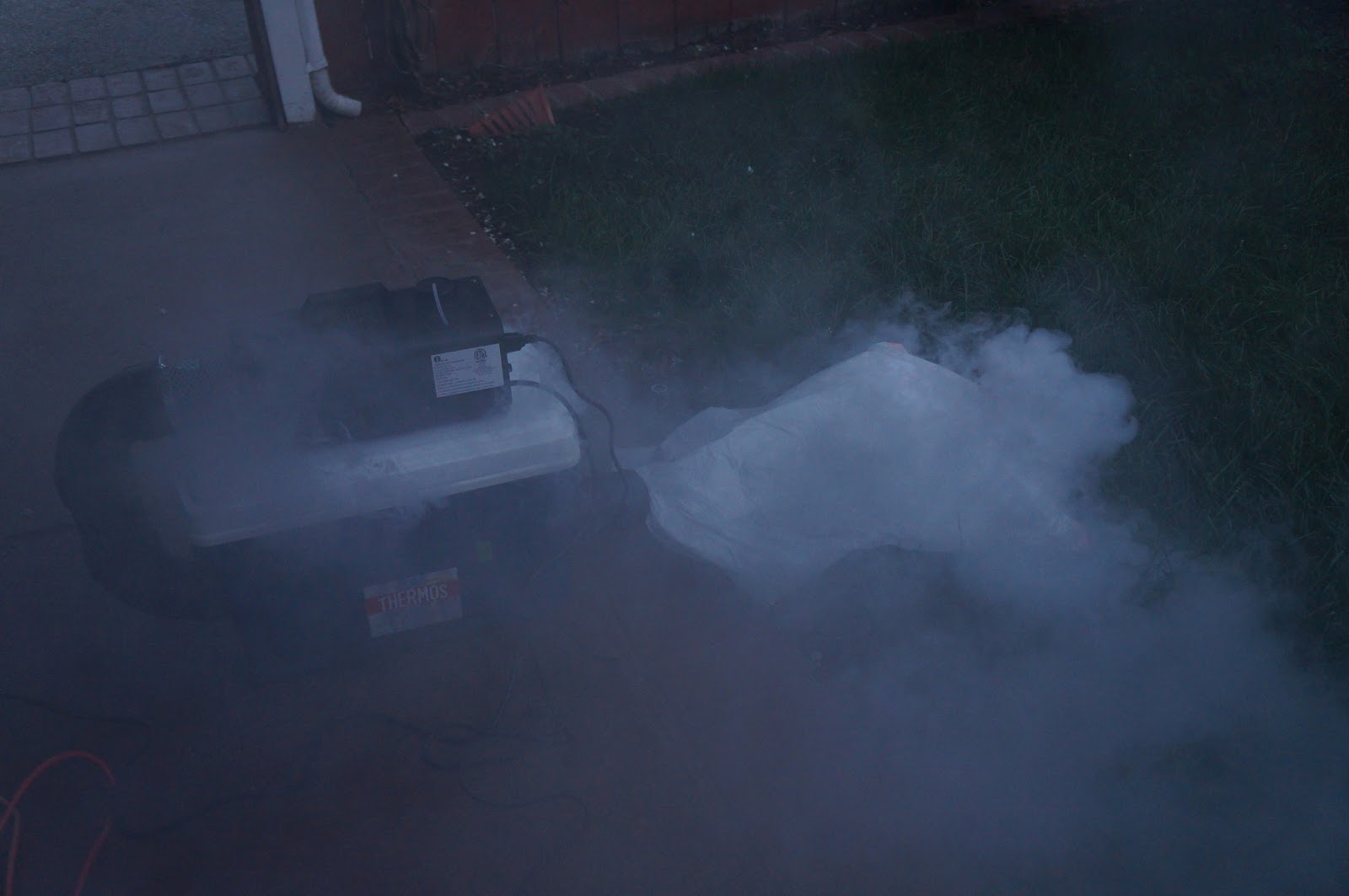 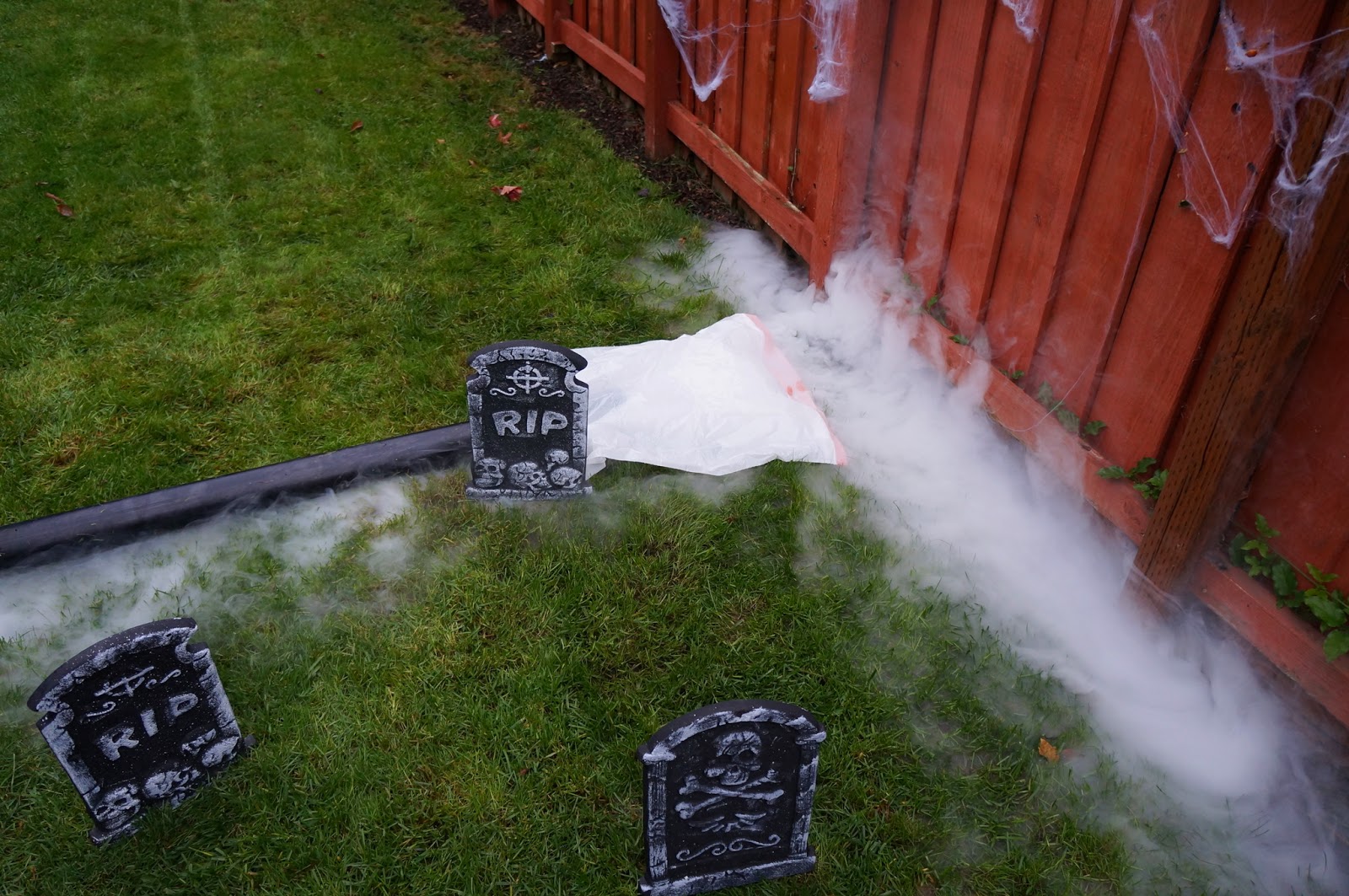 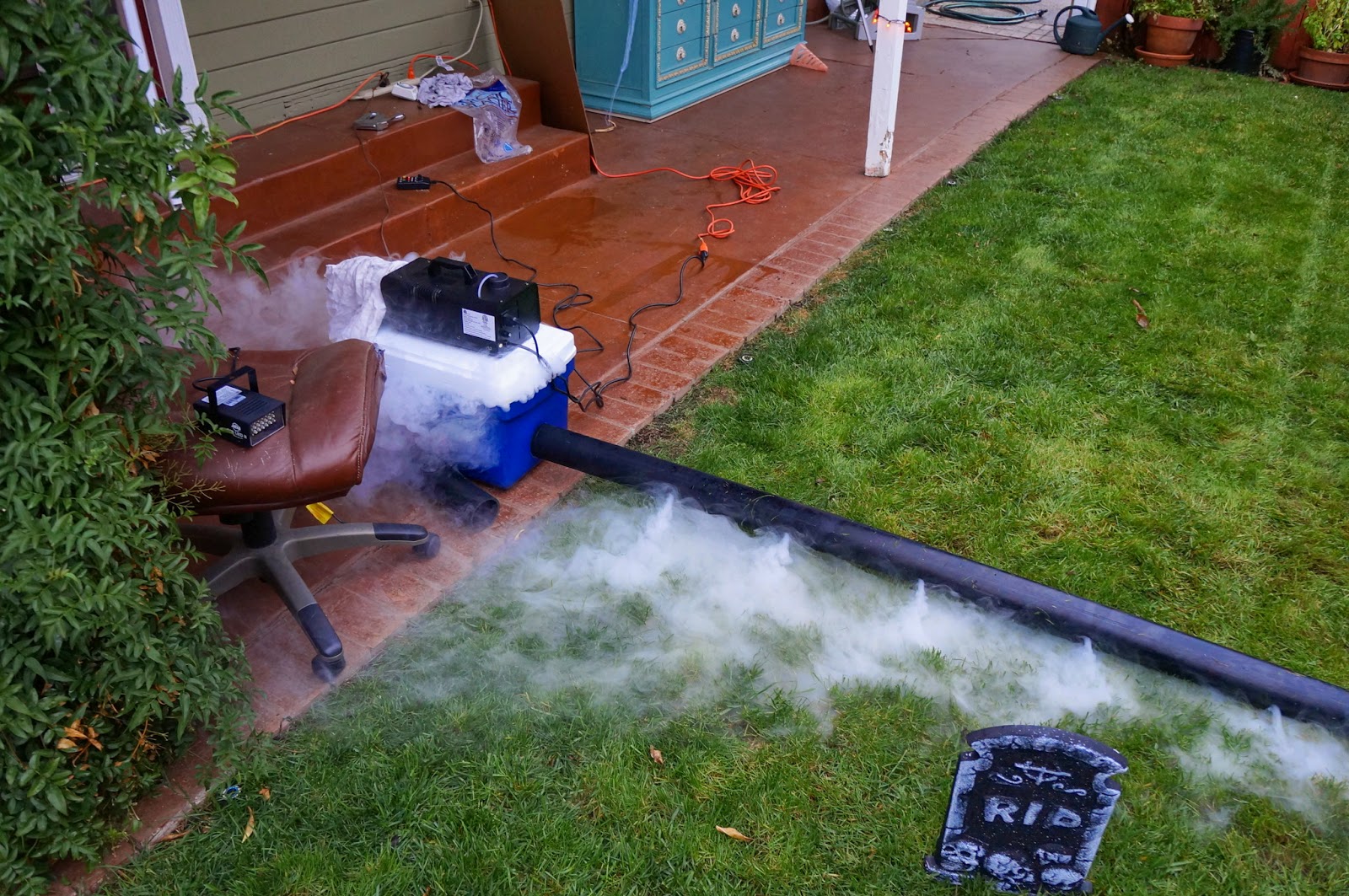 I was pretty happy with the final product, and we've used it for last few Halloweens.